An Ipswich worker who invests both her working week and leisure time helping Ipswich locals overcome the barriers to employment has been hailed as a national employment hero.

Penelope Weatherall, who works for Open Minds (a CoAct network member), was announced last night as the winner of the National Employment Consultant of the Year award at the prestigious NESA National Employment Awards for Excellence at a gala dinner in Melbourne.

As a Senior Employment Consultant, Penelope has become renowned for developing “outside the box” strategies that are proving successful in helping even the most disadvantaged job seekers find employment.

Working in a region with high youth unemployment and groups of highly disadvantaged groups might make some people feel disheartened. Not Penelope! She said “I really enjoy seeing people progress (towards getting a sustainable job), and knowing that I’m making a difference in their lives is the greatest reward. I go to work every day with the knowledge that I am helping empower people. That is a wonderful feeling!”

In fact, helping people is the fuel that drives Penelope’s life.
At the end of the working week she volunteers for numerous organisations, including the Salvation Army assists pre-release prisoners to prepare for life outside prison, and on Sundays she cooks for homeless people as part of a community program called Foot Prints in the Path.

“The employment and related services industry in Australia is all about helping people into sustained employment, and these Awards truly acknowledge the direct and lasting impact that employment consultants like Penelope have on people’s lives,” she said.

Four other awards were also announced:

The NESA National Employment Services Awards for Excellence are now in their 12th year.

Thank you to our Discovery Grant sponsors
Kinetic Superannuation 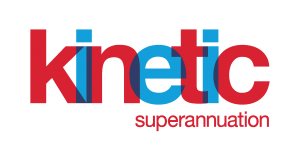