NESM and Enhanced Services: Preparing For Your Proposal 2 Workshop
On-line in 5 -parts

Join NESA's Senior Policy Advisor Damien Opolski online as he hosts and facilitates the 5 part NESM and Enhanced Services: Preparing For Your Proposal 2 workshop. In the fifth module, Damien will be joined by NESA’s Principal Policy Advisor Annette Gill as the topic expert to look at and discuss the selection criteria.

In May this year we ran a very successful three-part series called ‘NESM – Preparing For Your Proposal’. The series looked at the proposed licencing and payments models, as well as giving newer people an insight into the evolution of Australia’s employment services and the current landscape. We also looked at how the Department of Education, Skills and Employment (DESE) have traditionally monitored performance and some key tips around responding to DESE procurement exercises.

This Preparing For Your Proposal 2 workshop builds on this. With the release of the Request for Proposal we now have a greater insight into what NESM Enhanced Services will look like ‘on the ground’.

Preparing For Your Proposal 2 workshop will be delivered on-line in five modules over five near consecutive days, starting Wednesday 15 September 2021.

The workshop will be delivered by Damien Opolski with topic expert Annette Gill joining him in Module 5.

This will ensure you get information early and maximise the time available to complete your proposal. Modules 2 – 4 look at different aspects of the policy and will be of particular interest to newer people.

WITH THE RELEASE OF THE REQUEST FOR PROPOSAL WE NOW HAVE A GREATER INSIGHT INTO WHAT NESM ENHANCED SERVICES WILL LOOK LIKE ‘ON THE GROUND’.

Managers / Teams – Those occupying specialist roles, recruited or seconded for the bid process. 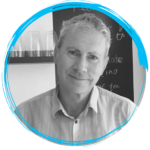 Damien has over 35 years of experience and depth of skills in all facets of Australian employment services. Earlier in his career Damien spent a number of years on the ‘front line’ working in the former Commonwealth Employment Service (CES). Damien estimates he has conducted over 10,000 job seeker interviews and worked with hundreds of employers. While working with the Department of Employment as Director of the Learning Centre Damien managed development of the training platform, training strategies and materials to ensure the 20,000+ professionals engaged in the delivery of Australian employment services received training to undertake their role. As a Senior Policy Advisor with NESA, Damien continues to support member organisations navigate contract requirements, with a strong focus on IT and cyber security, as well as continuing to develop front line practice as a regular workshop presenter for NESA. Damien is an excellent communicator, who enjoys interacting and sharing his system expertise with his audience; and he has a Bachelor of Economics from Adelaide University, as well as Diplomas in Training and Assessment, and Project Management. He’s also a qualified Teacher of English to Speakers of Other Languages. 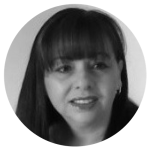 Annette Gill is a consultant with a wealth of experience in social policy, government relations, competitive procurement and operational management. Following her studies in Applied Psychology, Annette’s diverse career has spanned human services with roles focused on homeless youth, substance users, disadvantaged families, people with disabilities, survivors of sexual assault and the unemployed. Annette has worked with not-for-profit, private and local government organisations and has been involved in State and Commonwealth funded employment services since the early 1990’s.

Annette was the General Manager of a successful employment service organisation and later came to NESA where she worked for 10 years as the Policy Manager. Prior to commencing her current consultancy business, Annette held the role of Policy and Research Manager of Karingal, a large community and disability services organisation with annual revenue of approximately $100 m and which was part of the NDIS Barwon trial. In this role, Annette led the policy and research agenda as well as undertaking bid management contributing to organisational growth, particularly in its aged care and employment services divisions. 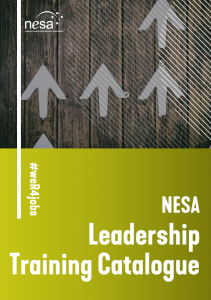